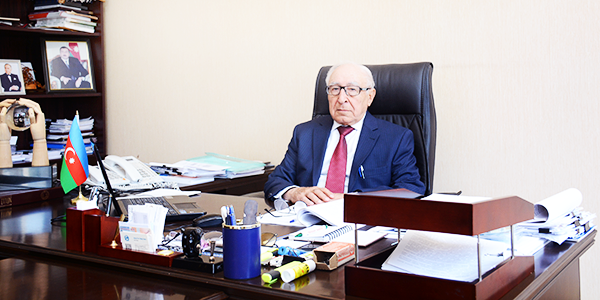 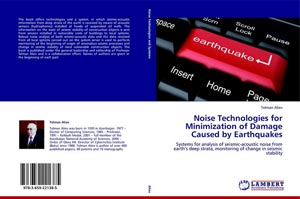 "Noise Technologies for Minimization of Damage Caused by Earthquakes"  by Director of the Cybernetics Institute of ANAS Academician Telman Aliev was published at Lambert Academic Publishing  on 30 August 2012.
The book offers technologies and a system, in which seismic-acoustic information from deep strata of the earth is received by means of acoustic sensors (hydrophones) installed at heads of suspended oil wells. The information on the state of seismic stability of construction objects is sent from sensors installed in vulnerable units of buildings to local systems. Robust noise analysis of both seismic-acoustic data and the data received from all local systems carried out on the system server is used to perform monitoring of the beginning of origin of anomalous seismic processes and change in seismic stability of most vulnerable construction objects. The book is published under the general leadership and editorship of Professor Telman Aliev and is a collaboration effort. Names of authors are given in the beginning of each part.